I had to read the first verse of Luke 4 thrice. It says, “Jesus, full of the Holy Spirit, left the Jordan and was led by the Spirit into the wilderness, where for forty days He was tempted by the devil.”

Jesus, who was full of the Holy Spirit, was led by the Spirit into the wilderness?

Wait, what? Led by the Spirit? Into the wilderness?

I have read this passage before but it was my first time to see that detail. Jesus was led by the Spirit into the wilderness. But why? Isn’t the Spirit, according to Galatians 5:22-23, a source of all goodness, love and peace? How then can Jesus, who was so full of the Spirit, be led to an abandoned or untouched (and assumingly, creepy) place only to face temptations, trials and testings? And it was not just an overnight thing, He was there alone for forty days! Where is the goodness, love and peace in that, right?

Nonetheless, I continued reading with these hanging questions in mind. The succeeding verses detail the account of satan trying to tempt Jesus thrice (in the most provoking, insulting and alluring ways) but fails miserably over and over again.

This passage is relatable in so many ways since we all go through seasons of wilderness. And we cannot just shoo those seasons away as though they’re not really happening. But what encouraged me here is seeing how we have a Savior who isn’t insensitive of the testings we go through, how we have a Lord who shows us how overcoming testings and temptations is done in light of humanity (read: Hebrews 4:15-16), and how the wilderness serves a purpose to grow in our faith in God. 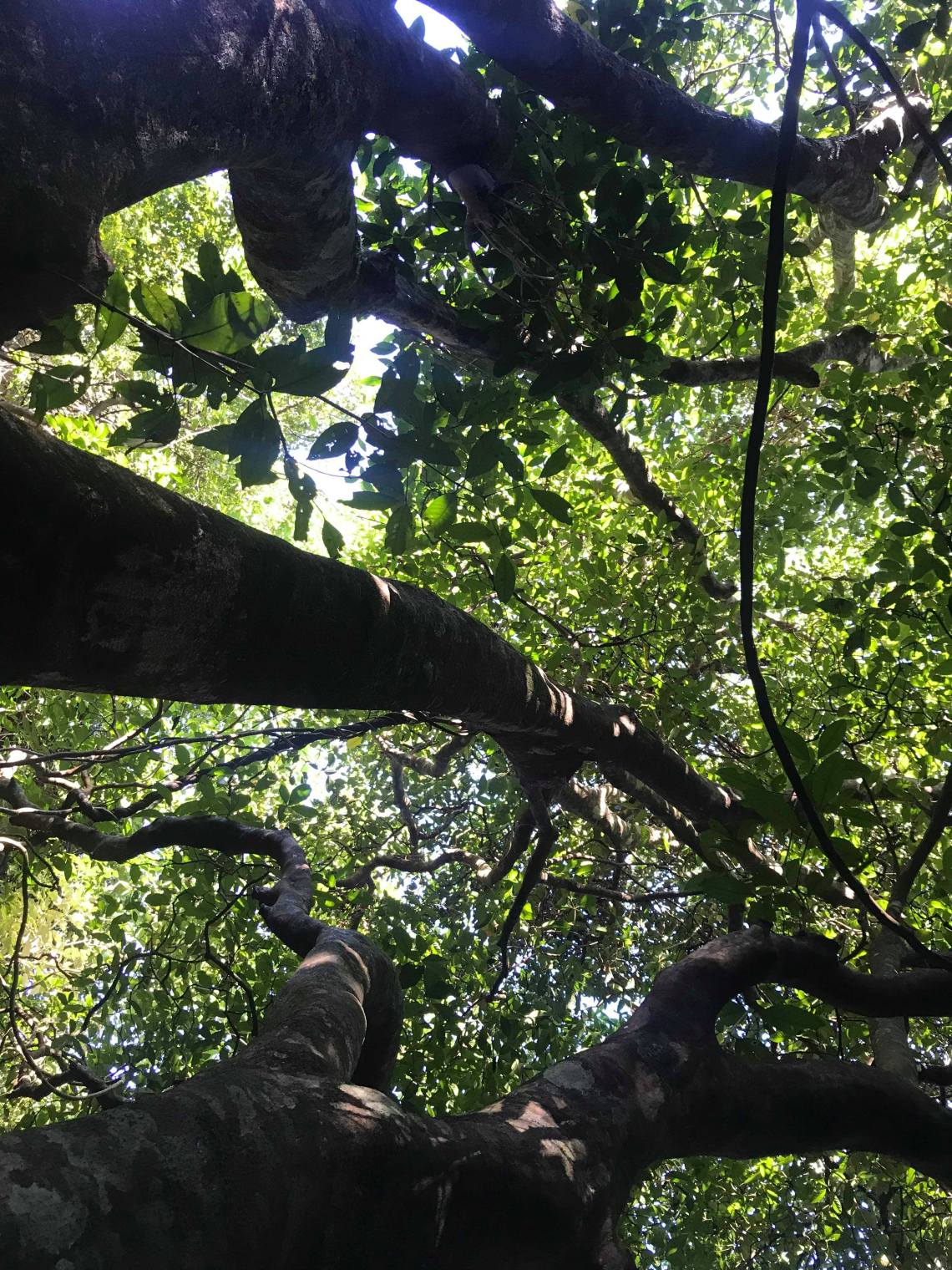 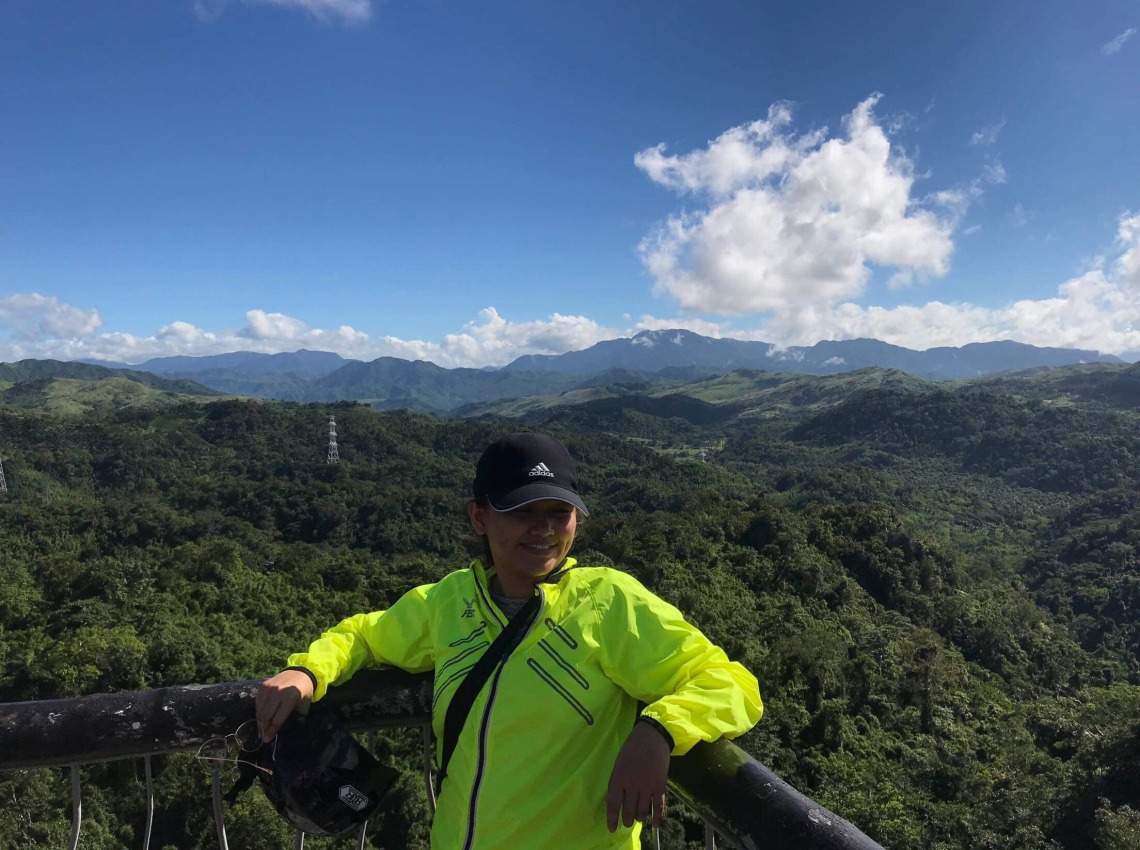 Satan’s strategy #1: Inject you with lies about God and your identity in Him, so that you’ll doubt God for who He is.

Satan’s first attack was to tell Jesus, “If you are the Son of God, tell this stone to become bread.” in which Jesus responds, quoting Deuteronomy 8:3, “Man shall not live on bread alone”. The word “if” is used for hypothetical statements. This means that satan implied that Jesus’ identity as the Son of God is just based on a suggested idea. He was provoking Him to prove that He is who He is.

Satan still does this today. He provokes us to doubt who we are in Christ so we’ll fall into obeying him instead of God. How did Jesus overcome? He held onto the truth that man does not live on bread alone but on every word that comes from the mouth of the Lord. He did not defend Himself because there was no need to prove anything in the first place. He knows who He is, and He is so sure and secure that His life is not based on the things He can do or on any physical sustenance but on God’s truth and word.

Satan’s strategy #2: Allure you and deceive you with “high places” and “kingdoms of this world” so that you’ll take what he can offer thus worship him.

Satan’s second attempt was to lead Jesus (yes, he led Jesus! Unbelievable, right?) up to a high place where he showed Him in an instant all the kingdoms of the world. Then he tells Jesus, “I will give you all their authority and splendor; it has been given to me, and I can give it to anyone I want to. If you worship me, it will all be yours.” in which Jesus responds, quoting Deuteronomy 6:13, “Worship the Lord your God and serve Him only.”

Satan told Jesus that he owns the authorities and splendor of all the kingdoms of the world! He even told Jesus that he can give it to anyone he wants to. It wasn’t only a proud moment for satan; it was also a shallow introduction. Why? Because he was telling it to the King of kings and Lord of lords (Revelations 19:16) and to whom all authority in Heaven and on earth has been given (Matthew 28: 18).

Satan still does this today. He allures us instantly with worldly possessions, popularity, pleasures and positions – anything that will consume us. Satan wants us to seek those things instead of God. He wants us to seek satisfaction from those things instead of God. Why? Because if we fall into wanting the world more than desiring God, we will be blind, miserable, stupid and self-absorbed.

But that is not what Jesus wants. In fact in John 10:10, Jesus says: “The thief comes only to steal and kill and destroy; I have come that they may have life, and have it to the full.” Jesus is not offering us high places or worldly kingdoms; He is offering us full life! So how did Jesus overcome? He held onto the truth that the Lord is the only One who is worthy of worship and service. 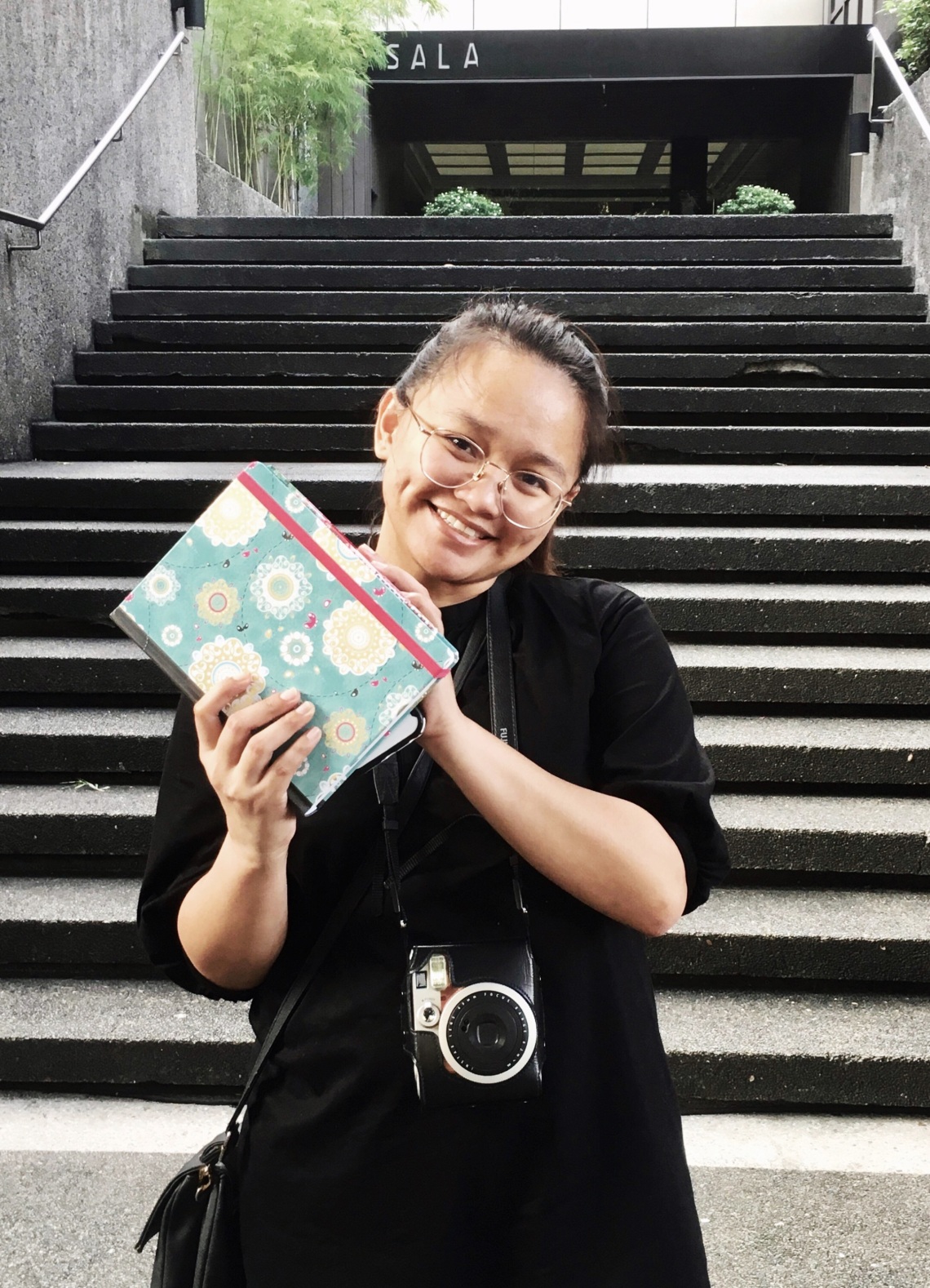 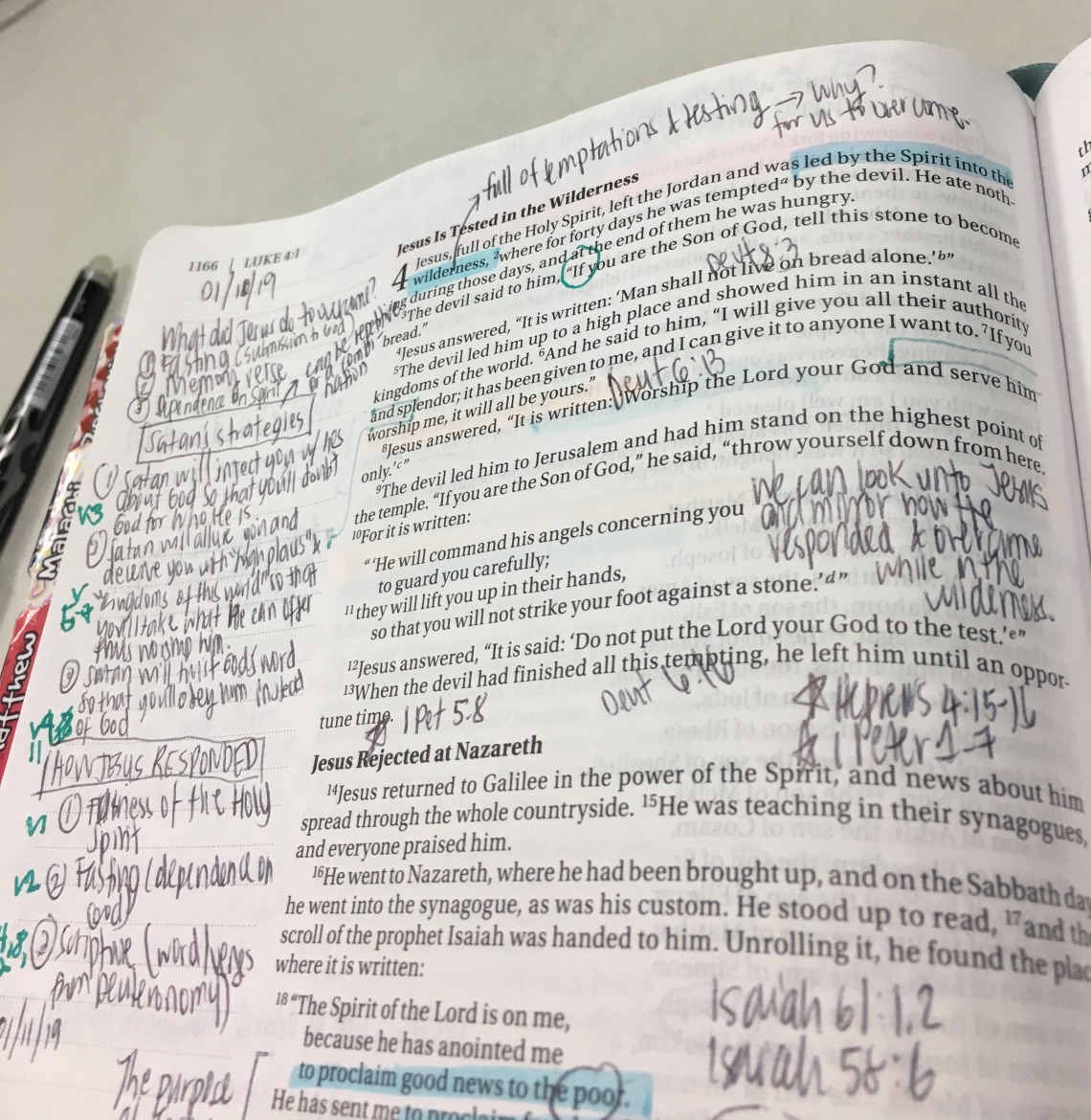 Satan’s strategy #3: Twist God’s word before you so that you’ll disobey God.

Satan’s third attempt was again to imply an hypothetical statement, saying: “If you are the Son of God, throw yourself down from here.” Then here, he added Scripture! Yes, satan knows scripture, too! He quoted Psalm 91:11-12 to Jesus! The trouble was, satan quoted it in a wrong context – twisting it, foolishly hoping the Jesus would fall for it.

Satan still does this today. Making sure that we don’t get a grasp of God’s word and presence is just one of his many strategies against us. Sometimes, satan manipulatively distorts and perverts God’s word before us so we could unknowingly or hopelessly let go of the truth and fall for his lies instead (read also: Luke 8:11-12).

Remember satan’s question to Eve? He said, “Did God really say that you must not eat from any tree in the garden?” (Genesis 3:1). Satan will make sure we doubt what God had personally said to us.  So how did Jesus overcome? Jesus answered, through Deuteronomy 6:16, “Do not put the Lord your God to the test.” Jesus did not reason His way around Satan’s ploy. Instead, He held onto the truth (faithfully and accurately) already given by God in His Word.

The initial questions in my head were answered. Jesus, who was full of the Holy Spirit, was led by the Spirit into the wilderness because the wilderness can serve a purpose of knowing God more. Even though it is a place of testings, temptations and circumstances which seem to negate God’s professed love and promises for us, it is not meant to be denied to or disregarded. Why? Because it is at the wilderness where God’s Spirit leads us to walk the faith we know and hold on to the truth already given to us.

Jesus fervently fasted in such season and held on to The truth with wisdom and boldness. Yes, being at such a place is not easy. It won’t ever be easy. But Jesus Christ, our Lord and Savior, showed us how testings and temptations can be overcome even in our humanity’s weaknesses and limitations. Indeed, we have a Savior who isn’t insensitive of the testings we go through but along with us, wants us to overcome.