We are beyond grateful to have been a part of the 2019 International Cell Leaders’ Summit (formerly National Cell Leaders’ Summit) which was held in the RMC Arena at Davao City last April 17 to 21. It was not only a great opportunity to dig deeper in the word of God while in constant fellowship and worship with fellow believers; it also allowed us to see things beyond what we have been doing and experiencing as followers of Jesus in our personal ministry areas.

I was kind of hesitant to have small talks with my fellow brothers in sisters (because I can get a little awkward to converse with at first) but by God’s grace, I was able to get out of my comfort zone (and by “comfort zone”, I mean “just sitting beside my ministry area friends”), and know and learn from new people from the different groups I was assigned at: like morning group for quiet time, food table group and evangelism group (Hello, table #28!). It’s amazing to think how different people from different parts of the Philippines and the world can get connected because of Jesus’ Great Commission.

I also had gotten to know more about the ladies I am discipling since we stayed in one room for four nights, had flights together, and had more conversations together regarding Jesus’ life and ministry pattern.

I am also so happy to have had kamustahan moments with some of my LDI batchmates and teammates!

On top of these, the messages, testimonies, Q&A sessions, workshops, worship times and prayer times reminded me of many things including the love I had with God at first – the blazing kind of love. I did not want ICLS to be my source of revival but I am thankful to God because He used such event to bring me back to my senses. We praise the Lord for the hardworking organizers of this event!

By God’s grace, we landed in Manila on April 21 at 10:20 PM with no flight disruptions. It was the last flight back to Manila on that week that did not get delayed. I felt bad for my friends who got stranded for two or more days because of the 6.1 magnitude earthquake that struck Luzon on April 22, leaving many establishments including Clark International Airport closed. But I still praise the Lord because we were all able to come home safe.

Clark Airport after the April 22 earthquake (from Rappler)

I just left work when the earthquake happened. I was waiting for a shuttle from Makati to Intramuros during that time. I thought I was just getting really dizzy. I only learnt that it was an earthquake when some friends started messaging me about it. Had I extended time in the office (which was at the 8th floor of a 90+ years old building), I would have been really scared too.

Then, a rejoicing in heaven over someone who repents.

On the same day, April 22, around 7PM, I met up with one of the girls I am discipling. We were settling a serious personal issue that was only unraveled during our last night in the ICLS. It was the kind of issue that if settled sincerely and immediately can result to major breakthroughs in character and ministry! And it did! Praise the Lord! 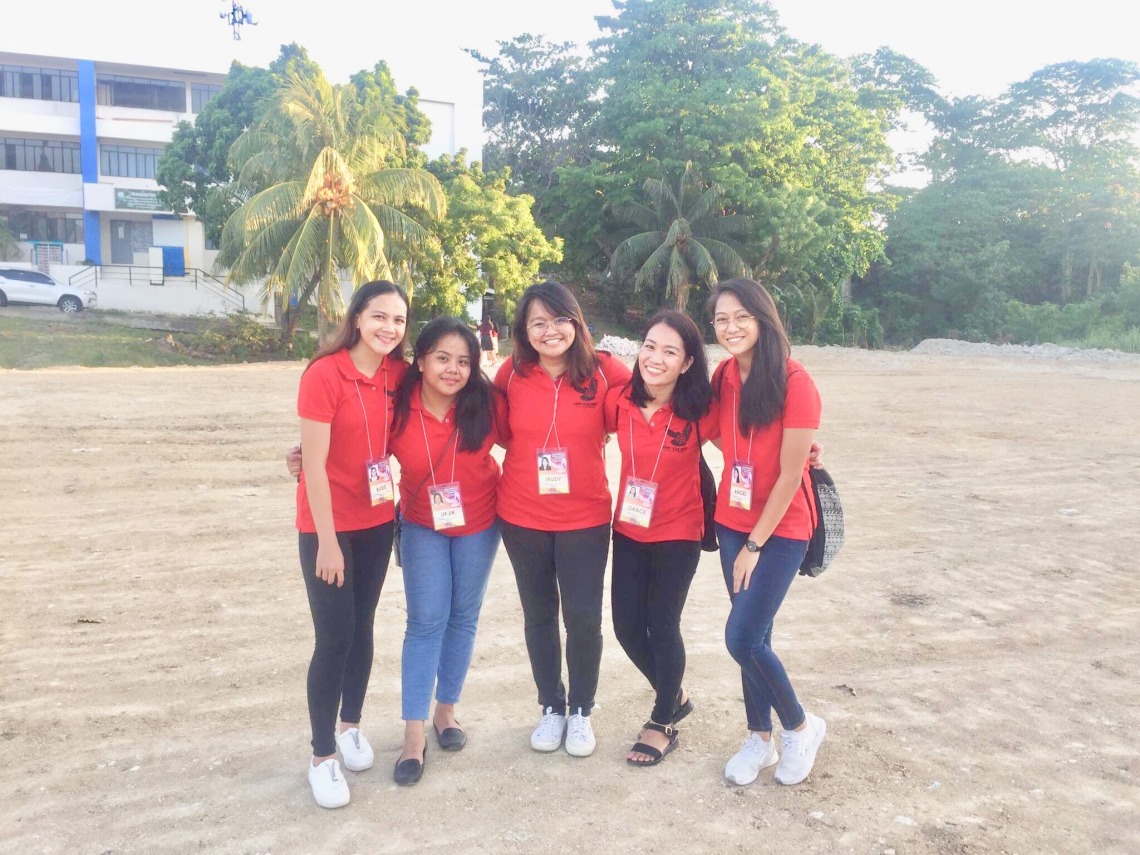 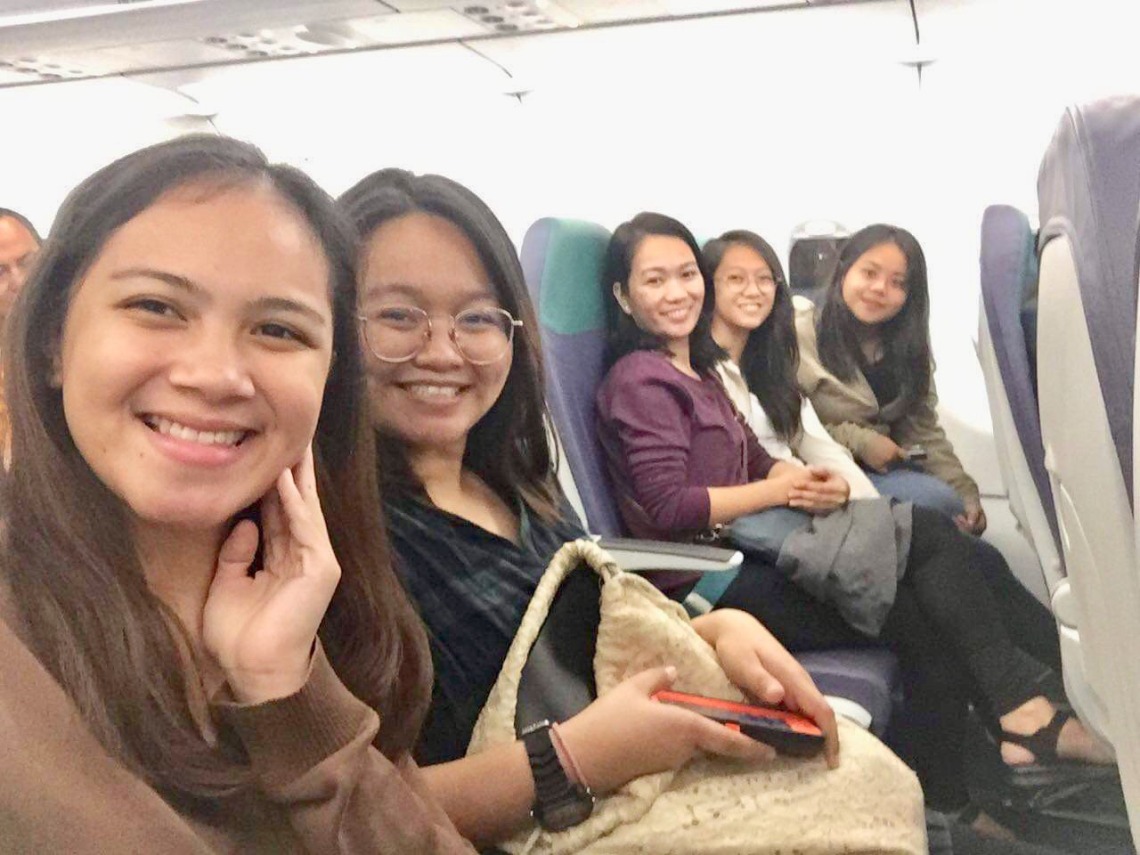 All the shed tears, and all the exhausted time and labor were relieved by answered prayers and the amazing power of the Holy Spirit! I praise the Lord because she decided to turn back from sin and rebellion, and run towards Jesus instead! Indeed, there is more rejoicing in heaven over one sinner who repents (Luke 15:7). Our God is not slow in keeping His promise, as some understand slowness, for He is patient with us, not wanting anyone to perish, but everyone to come to repentance (2 Peter 3:9).

Then, a fire razed in our area of residence.

Then a few hours after, at 9PM, I received messages from the girls I am discipling in the DLSU area. They told me that a fire broke out near our residences. It was so close to us that student-athletes residing in the dormitory near Leveriza were asked to evacuate immediately. I called my mom out of worry because her food business is located just a block away from the place of fire. I also called the girls, hoping that they too were safe.

From Intramuros, I rushed back home. I could not enter the main road because it was blocked by fire trucks. People also crowded the streets. I was not able to see the girls that night but I praise God because the Lord kept them safe. Our house was a block away from the fire, too. The smell of fire was evident inside our house but we were kept safe as well.

Fire was out at around 11:30 PM. It could have been worse but He spared us. My heart still breaks for the seven houses and four families who were affected by the fire which according to the news was caused by a lighted cigarette thrown into a garbage trash can.

Then, a presentation about the ICLS took place.

On April 24, after our LPU-LAYF fellowship night, I presented our consolidated insights and outputs from the ICLS messages and workshops to some of our ministry area brethren. I praise God because He allowed it to happen and He had led me to do it even with all my hesitations and fears. I am personally blessed by my ICLS ministry area friends who were so supportive of this!

It was a crazy week! But God is evidently on the move. Thus we can rejoice in all circumstances! He also allowed us to have a consolidation fellowship in DLSU last  Friday. Although we are still praying for an official venue for this, we can put our trust in the Lord who knows our needs better than we do.

With all the things that has been happening, on a personal note, God has been personally talking to me through the book of Nehemiah. I have read this book twice before but new revelations have been taking place lately. The character of Nehemiah as a man of God and as a leader have been significant to me for the past days. His prayers are inspiring!

Even with all the oppositions and testings, He was devoted to rebuild and revive the broken walls of Jerusalem as God has led him to do. Although he was skilful in terms of planning and managing people, he was in absolute dependence on God. He would return all the glory and credit to God because he is convinced that all the favor he has received, even his leadership skills, were only because of God’s leading and goodness.

All glory and praise to the Lord above all!